Solicitor Kayleigh Chapman, in our leading Planning & Environmental law team, explains the consequences of a property developer failing to submit a commencement notice to a collecting authority before work commences on a chargeable development, under the the Community Infrastructure Levy Regulations 2010.

The Community Infrastructure Levy Regulations 2010 require notice to be given to a Collecting Authority no later than the day before the day on which a “chargeable development” is to be commenced.

So what are the consequences?

First, Regulation 71(2) provides that where a Collecting Authority determines a commencement date the amount of CIL payable in respect of that chargeable development is due in full on the deemed commencement date.  This of itself might not set alarm bells ringing however Regulation 87 requires late payment interest to be paid by from the day after payment fell due to the date the payment is received by the Collecting Authority. The interest is paid at an annual rate of 2.5% above the Bank of England base rate. The Bank of England base rate is currently 0.75% and therefore the amount of interest payable annually is 3.25%.

Further, the Collecting Authority can issue various surcharges as follows:

If the Collecting Authority does not receive payment in full after a period of 30 days beginning with the date the payment was due it can impose a surcharge of equal to 5% of the CIL amount or £200, whichever is greater. A further charge can be imposed at the end of six months and again at 12 months.  You can see how where a Collecting Authority determines a commencement date that can have significant financial consequences

The issue of a surcharge, particularly one under Regulation 85 can have further consequences as Regulation 88 treats surcharges and interest as part of the CIL amount.

We would advise that you keep records of works on site, including written entries and photographic evidence. If the Collecting Authority determines an earlier commencement date than what actually occurred then you can submit an appeal against that date. Such an appeal needs to be submitted within 28 days from the date of the relevant demand notice.

The problems explained above can be exacerbated by Collecting Authorities not having the time or resources to issue liability notices “as soon as practicable” after the issue of planning permission. This can particularly be a problem where a person assumes no CIL is payable due to passage of time. We have had experience of a Collecting Authority not  issuing a liability notice until a year after planning permission was granted. The client had assumed (wrongly)no CIL was payable due to having received no correspondence.  We would urge you to seek confirmation from the Collecting Authority if you are unsure as to whether CIL applies to your development prior to carrying out any works to commence.

Mr X has obtained planning permission for a large detached dwelling. The CIL payable is £100,000. On 2 January 2018 X commenced development. He failed to  submit a commencement notice. The Collecting Authority on 5 January 2019 gave notice that it has deemed the commencement date as 2 January 2018.

The Collecting Authority has also issued 3 surcharges for late payment. Based solely on the £100,000 CIL charge this would be £5,000 per surcharge. However, the interest and preceding surcharge are also included in the calculation and so the actual amounts would be more.

A surcharge of £2,500 is also imposed for failing to submit a commencement notice.

Mr X is therefore now required to pay over £20,000 in interest and surcharges as well as the CIL amount. 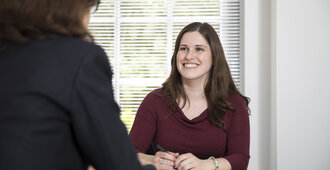 Faced With a Property Dispute? Blandy & Blandy Can Help 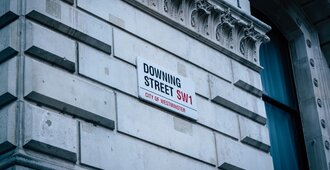 Making or Updating a Will During Lockdown - How We Can Help