Domestic Abuse and Children Act Proceedings: A Change of Procedure

Solicitor Rebecca Ledgerwood, in our leading Family Law team, looks at the impact of a new Court of Appeal decision on how allegations of domestic abuse are to be dealt with in court, particularly those of coercive and controlling behaviour.

The Court of Appeal in Re H-N and others (children) [2021] EWCA Civ 448 considered whether a new approach is needed in presenting evidence of domestic abuse, particularly when allegations of coercive and controlling behaviour are made. For those who work in family justice, it can be challenging to assist those subjected to this painful and often hidden area of domestic abuse.

In criminal law, Section 76 of the Serious Crime Act 2015 created the offence of controlling or coercive behaviour in an intimate or family relationship. It set out the criteria for this crime: the behaviour must be repeated and continuous, and have a serious effect on the victim of which the perpetrator is aware. The offence has a maximum penalty of 5 years imprisonment.

In family law, the Family Procedure Rules 2010 (Practice Direction 12J) sets out the definition of coercive behaviour as a pattern of acts which can be characterised by assault, threats, humiliation and intimidation where the objective is to harm, punish or frighten the victim. It defines controlling behaviour as a pattern of acts designed to make a person subordinate and/or dependent and achieved by isolating them from support, exploiting their resources and capacities for personal gain, depriving them of their means of independence, resistance and escape and regulating their everyday activities.

Where a party in Children Act proceedings makes allegations of domestic abuse, the court can list a ‘fact finding hearing’ to hear oral evidence on contested allegations. The Court decides whether the allegations are proven, by applying the test of ‘balance of probabilities’ - a lower burden of proof than is applied in the criminal courts which requires proof ‘beyond all reasonable doubt’. The Court will decide if a separate ‘fact finding hearing’ is necessary in order to decide the case.

A tool known as a ‘Scott Schedule’ has become common in cases where a fact-finding hearing is held. This lists the allegations of domestic abuse and cites examples of specific incidents. Usually, the number of incidents is limited and the format of the schedule can be quite limiting to a victim wishing to outline a whole history of lived abuse. The court has limited time and resources, and thus such narrowing of the issues in focus has become commonplace.

This practice has now be re-examined in light of the new criminal offence of coercive and controlling behaviour. Scott schedules are tabular and formulaic documents used to set out each allegation of harm. They can be very effective when specific incidents are being alleged i.e. an assault. However the schedule can be restrictive where there are allegations of coercive and controlling behaviour.

It was argued that Scott schedules are too restrictive in several cases which recently came before the family court involving a history of coercive control within the relationship. This type of behaviour is of course not new, but its legal recognition in our courts, and now in family courts too, is growing.

In F v M [2021] EWCA 4, the Judge (Mr Justice Hayden) had to wrestle with how to deal with allegations of controlling and coercive behaviours at the fact-finding stage of private law proceedings. In his judgment, the Judge said:

"The term [controlling and coercive behaviour] is unambiguous and needs no embellishment. However, understanding the scope and ambit of the behaviour requires a recognition that coercion will usually involve a pattern of acts encompassing, for example, assault, intimidation, and threats. Controlling behaviour involves a range of acts designed to render an individual subordinate and corrode their sense of personal autonomy. Key to both behaviours is an appreciation of a 'pattern' or 'a series of acts', the impact of which must be assessed cumulatively and rarely in isolation."

Whilst the Court of Appeal in Re H-N and others (children) [2021] highlighted the shortcomings, it did not present solutions and that must now be the focus for law-makers and policy groups advising on progress in the law.  For the time being, lawyers will have to consider whether their clients’ evidence is best presented in a Scott schedule, narrative statement or by hearing from the parties orally.

For further help and assistance

If you are suffering within a coercive or controlling relationship, it’s important to get legal advice early on. Please get in touch with our specialist Family Law team. 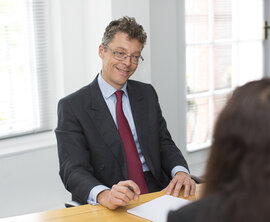 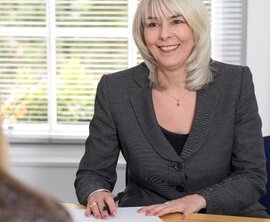 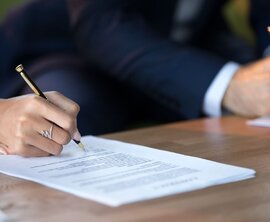 Rupert Murdoch and Jerry Hall's Divorce - What is a Prenuptial Contract? 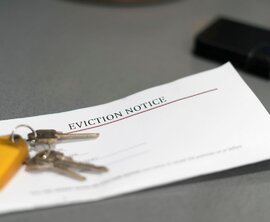