Employment Law - When is Suspension Not a Neutral Act?

Associate solicitor Laura Binnie, in our Employment law team, discusses a recent case which highlights that a decision to suspend an employee should not be a default reaction.

Ms Agoreyo was a teacher for a community primary school for Lambeth. Five weeks into her teaching role she was suspended following an alleged use of force on three separate incidents in November and December, involving two pupils whom had severe behavioural difficulties and were described as presenting “the most challenging behaviour of all the pupils in the class”. The employee had made a number of requests to the school for additional support in order to be able to deal with these particular children.

The three incidents were similar in nature; it was alleged that Ms Agoreyo had used unreasonable force in order to remove one of the two children from the classroom. This purportedly involved Ms Agoreyo dragging the child into the corridor. Ms Agoreyo was suspended pending the outcome of the internal investigation into the alleged incidents. In the suspension letter, the suspension was described as “a neutral action and…not a disciplinary action”.

Ms Agoreyo duly resigned and brought a claim against Lambeth in the County Court, challenging the suspension, for breach of contract. The key issue for the Court to determine was whether it was reasonable for the Ms Agoreyo to be suspended, pending the investigation.

Ms Agoreyo’s claim for breach of contract was dismissed, and it was held that Lambeth were entitled and “bound” to suspend the employee after receiving reports of the alleged incidents.

The High Court allowed Ms Agoreyo’s appeal and concluded that Lambeth was not “bound” to suspend the employee, as this term would indicate that the County Court considered there was no suitable alternative to suspension in the circumstances. The High Court acknowledged and followed the decision in Mezey v South West London and St George’s Mental Health NHS Trust [2007] EWCA Civ 106, and held that the suspension was not a neutral act because the nature of a suspension “changes the status quo from work to no work”. It was also reiterated that when considering a qualified professional in a vocation, such as a teacher, a suspension should not be viewed as a neutral act as it automatically casts a shadow over the competence of the employee.

The Court noted that the suspension procedure implemented was incorrect, citing, in particular, the following:

This is an important ruling and serves as a reminder for employers that serious care needs to be taken when considering suspending an employee, even in circumstances where the alleged conduct is of a serious nature.

The case highlights that a decision to suspend an employee should not be a default reaction, and careful consideration must be taken in order to demonstrate that suspension is reasonable.

Employers will otherwise run the risk of breaching the implied term of mutual trust and confidence, potentially giving rise to a constructive unfair dismissal claim.

Therefore, it is recommended that employers take the following appropriate steps when considering whether or not to suspend an employee:

This decision is surprising in many ways as suspension is ‘traditionally’ viewed as a neutral act, particularly as it is usually on full pay pending a full investigation. It appears that the High Court were largely concerned with the lack of consideration given to the suspension and the absence of any record of a discussion with the employee concerned. 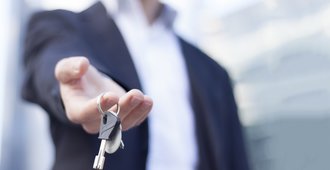